Passioned by history and philosophy, René Sterne was born in Belgium on August 25 1952. He switched from teaching to creating comics after travelling around the world with the cartoonist Chantal De Spiegeleer. His future wife showed him how to drawn a full script, and in 1985, René Sterne published the first adventure of his main hero, Adler, a pilot who defected from the Luftwaffe and is astray in the Pacific Ocean, in the Tintin magazine. In 1992, René and Chantal settled down in the Grenadines archipelago, in Union Island. After authoring ten Adler albums published by Le Lombard, in 2003 René Sterne is chosen to draw the The Curse of the Thirty Denarii, a new Blake and Mortimer adventure written by Jean Van Hamme, until death hits him by surprise, on 15 November 2006. Chantal De Spiegeleer had encouraged to believe in his talent, and later wrapped up his work by finishing and publishing the album posthumously. ((Translated from Dargaud’s website) 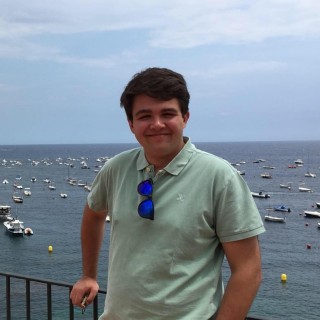